Manny Pacquiao’s early personal background is riddled with unmistakable signs that he would not make a good mark in life, much less become the boxing great that he is today. As a child he had wanted to become a priest someday, but a clarion call to fight the rigors of life strictly demanded his presence inside the boxing ring.

Manny Pacquiao’s parents separated when he was in sixth grade. To survive, he sold cigarettes along sidewalks when he was 12, and took many more odd jobs on what would be his inevitable journey as a pugilist- upon God’s will- as he likes to say.

Nicknamed “Pac-Man,” the legendary Filipino boxer got his first huge break in 2001 when he was asked to fight Lehlohonolo Ledwaba as a last minute replacement, winning the match by TKO, before an enchanted crowd at the MGM Grand in Las Vegas, Nevada.

His next big break, one that would eventually shape his boxing career in the long run, was against the Mexican great Marco Antonio Barrera who had never been knocked out.

Manny Pacquiao’s unusual fighting style — often hard to predict for his broken rhythm, being relentlessly offense-oriented — greatly appealed beyond the circles of hardcore boxing fans. But beyond his impressive boxing skills, here are some equally impressive and inspiring facts about the greatest Pinoy Boxer ever.

Officially listed at 5 ft 5’5 in by Boxrec, Manny Pacquiao is considered to be a small welterweight. Manny’s height disadvantage, however, is offset by his offensive skills, durability, and stamina. Long-time coach Freddie Roach believes his ward is a natural 140-pounder who fights at 147 since that’s where the best competitors in the sport are.

Having originally competed only as a flyweight in 1995, the Pac-man has fought as a super middleweight, fighting towering opponents like the close to 6 ft Antonio Margarito, who was in his prime reputed to be the most feared boxer in his division. Not an easy feat considering that Manny Pacquiao’s height is only 5 ft 5 in.

Long gone are the days when the Pac-man used to sleep on card boxes absent a foam for his bed, and fight for crumbs. Even in the twilight of his career, he was guaranteed $10 million to fight Keith Thurman. As of 2019, his net worth is approximately $190 million, which bodes well for an increasing number of Manny Pacquiao Cars.

As one of the most affluent men in the Philippines, his notable auto collection includes:

And do not think his imagination to be limited to automobiles. Aside from the Manny Pacquiao cars, the champ is also a proud owner of a M2 Cyclone 1200cc Motorcycle. Manufactured by Buell, a Harley Davidson sister company, this customized bike’s worth is estimated to be P2.5 million.

The boxing champ is a proud owner of multiple houses in the Philippines and the US. Still a top ten active boxer, Pound 4 Pound, with various businesses established, the Pac-man seems set to live the life of Riley. Among the list of Manny Paquiao houses are:

The legendary Filipino boxer used to skip classes as a child so he could help his mother work in a laundry. He eventually dropped out of school to pursue his boxing career, to put food on the table.

As a guest speaker at the Oxford University in 2018, Pacquiao was forthcoming in letting his audience know that what he had to say had not been learned through the academe, but in the hard knocks of life. Now a Philippine senator, a favorite Manny Pacquiao quote as a political figure would be, “The most important thing as a leader is your relationship with God.”

As a fearless fighter, boxing fans often relate to a Manny Pacquiao quote that goes: “Only in death will I relinquish my belts. “

Despite calls for his retirement by no less than his wife, mother, and close family members, Manny Pacquiao insists he still has a few more fights left in him. But no matter what happens henceforth, the Pac-man has reached a level of success where he shall forever be looked upon with veneration among our mental tableau of all-time boxing greats such as Muhammad Ali, George Foreman, and Sugar Ray Leonard who, like himself and many others before him, had refused to be overwhelmed by poverty and hardship. 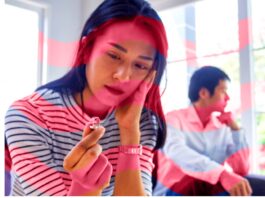 The Grounds for Absolute Divorce under Senate Bill 356

Maternity leave rules for female workers in the public sector under...

ABOUT US
We provide you with the latest breaking news and videos straight from the entertainment industry.
Contact us: admin@thephilippineforum.com
FOLLOW US
© Copyright © 2022 - The Philippine Forum
Go to mobile version